Virtual Reality Glasses or how to life a virtual life 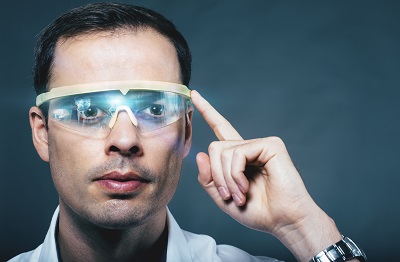 Virtual Reality Glasses or how to life a virtual life

Virtual reality or VR is, no more or less, a multidimensional experience through technology. In other words, they allow you to look and travel around a virtual (fictitious) space as if you were there.

Thanks to the Oculus technology, we felt as if we were truly there. Turn a Samsung Galaxy smartphone into a fully portable and wireless virtual reality machine.

With Gear VR you get a great field of vision and sharp images, very little light filtration and reflex prevention. Simply touch or slide on the touchpad to control everything with great precision.

These lenses combine fluid graphics with low latency to offer an incredible and immersive world that allows you to discover a superior way to play on the PlayStation.

These lenses have maximum comfort in the functions offered. They are built in high quality with padded areas to avoid direct friction against the plastic.

It supports smartphones whose size can vary between 4.7 and 6 inches, which makes them suitable for almost all devices on the market.

But we can not miss the opportunity to talk about the new Oculus Go autonomous virtual reality glasses.

Mark Zuckerberg, CEO of Facebook, recently announced the development of new glasses that do not require a smartphone or computer device to work.

These glasses have an integrated sound system, which allows an even more complete and immersive experience. The best thing is your independence for the reasons mentioned above.