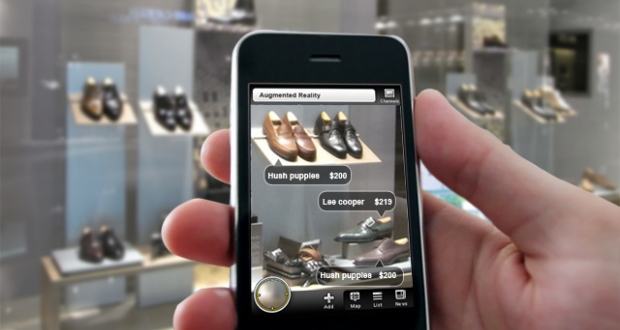 At ARDev, experts in augmented reality, we are always up to date with all the news in the sector. On other occasions we have talked about virtual fitting room, augmented reality in medicine or AR in architecture. In today’s post we bring you the most impressive marketing campaigns that have been done with augmented reality.

Did you know that the beginnings of augmented reality were in 1990? Do not you believe it, right? it is true, the future had already been predicted by filmmakers such as the Wachowski sisters, creators of the movie Matrix, or  researcher Boeing Tom Caudell, who developed software to display the wiring plans on the pieces produced in the processes of manufacture. Obviously, the augmented reality has been developing over the years and right now is booming. And like everything in life, those who know how to exploit well the novelties of the market with a lot of creativity are advertising agencies.

Launched its campaign in 2011. This consisted of creating smart screens and place them in the shopping centers, so that users could interact with them. On the screens you could see the new Ford C-MAX seven-seat car model. At first, it seemed only a screen that offered the image of a car, but the truth is that users could play with the screen. It was very revolutionary since augmented reality was not usual in that year. It was something really new for the brand. Possibly, 7 years later, it will not be so impressive. The augmented reality campaign was developed by the communication agency Ogilvy & Mather.

The Starbucks coffee shop also surprised its customers with augmented reality. This campaign was simply a “take away” cup and an app to represent different cartoons that interacted with the client through the screen of their mobile phone.

It was developed in several shopping centers in Poland. Images were projected on a 15 square meter LED screen. When people approached this area, animated images of giraffes, pandas, elephants and more animals were projected. Something that surprised, without any doubt, everyone who passed through the mall.

The brand opted for a campaign developed by the agency Lemon & Orange. In it, augmented reality was used to offer a different shopping experience to customers. They created a screen that was placed in the shop windows of the clothing firm, so that anyone who passed by could try on virtual clothing from the store and choose the color or the size.

Pepsi went much further, creating a campaign where participants entered a contest to win Super Bowl tickets. He tested this technology by creating an application that allowed the user to take pictures with their idols (virtually), then those photos could be shared in this application.

These marketing campaigns are the ones that have impressed us the most in the advertising sector. The creativity of these agencies does not leave us indifferent, neither do you, right ?. Tell us which one has caught your attention the most

Remember that if you are looking for augmented and virtual reality development services, you can contact us.